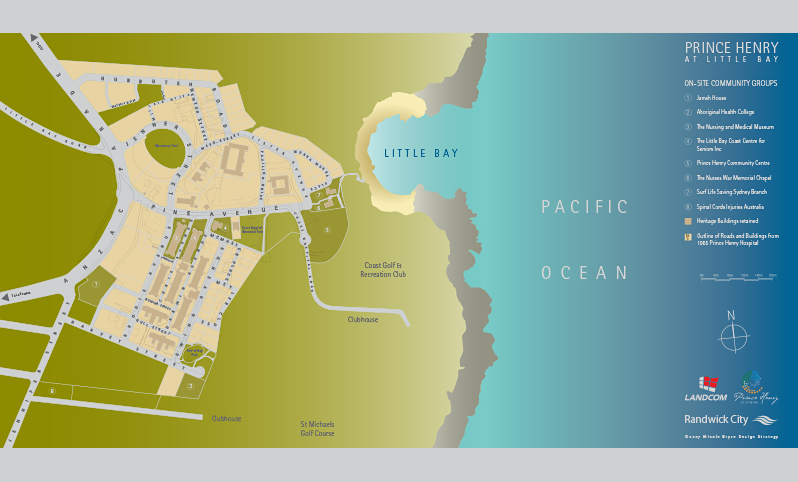 A map for the site of the former Prince Henry hospital.

Little Bay was the coast which was wrapped by the artist Christo in 1969.