Minale Tattersfield was commissioned to undertake background research and site evaluation and then prepare a strategic framework for a city-wide pedestrian wayfinding system. The project included the design of maps in real world GIS geometry, the design of a kit of parts and a pilot roll-out.

The project was informed by the Gehl report and Sustainable Sydney 2030, (the City Liveable Green Network Strategy). Over 60 documents including City of Sydney-specific documents were referenced in the development of the strategy framework.

Workshops were held and mock-ups prepared for community consultation and testing by stakeholders, especially by disability sector agencies. 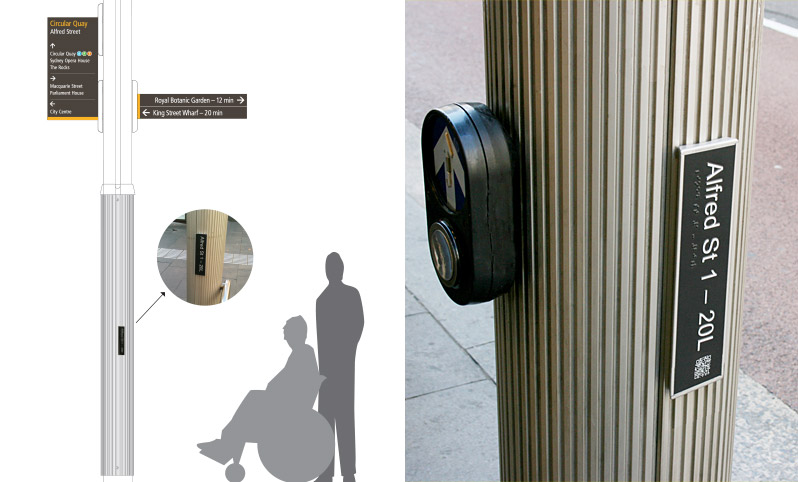 The aim of the project was to replace the old system of indicators with a new design complying with current best practice guidelines.

Detailed mock-ups were constructed for community consultation and for testing by disability sector agencies. 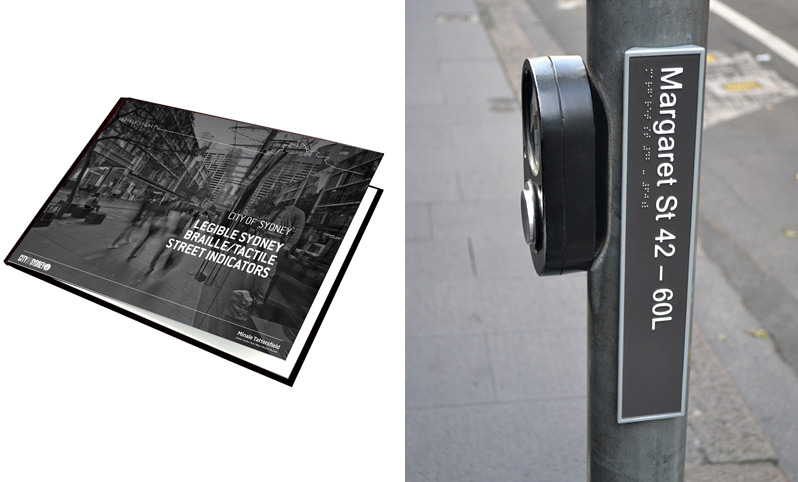 The identification and information marker was developed as an extension to the Legible Sydney® kit of parts.
The project was a pilot for new secure taxi ranks in the City of Sydney. The information contains a map and pricing information which was also incorporated into the website of the NSW Taxi Council. 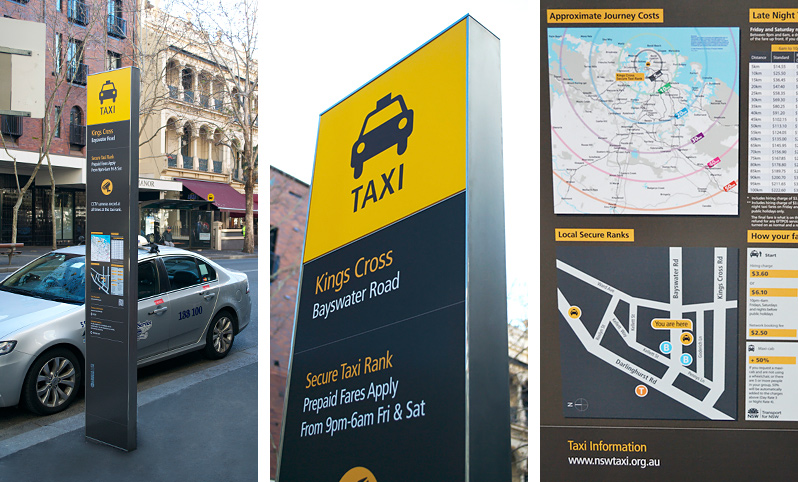 Press About The Legible Sydney® Project

CITY OF SYDNEY MEDIA CENTRE 29.10.14 (EXCERPT):
The City of Sydney launched the first step in a comprehensive wayfinding and tactile signage network that will make the city more accessible. Lord Mayor Clover Moore said the world-class wayfinding system will help make Sydney easier for all to navigate.

Australia’s Age and Disability Discrimination Commissioner Susan Ryan called on other councils to follow the City of Sydney’s lead.

WA TODAY 23.11.2014 QUOTING CITY OF SYDNEY’S DESIGN DIRECTOR, BRIDGET SMYTH (EXCERPT):
The City of Sydney is launching a new wayfinding signage network which will be the most comprehensive of its kind in the world, making the city more accessible for all.

“We’ve looked at other cities around the world … and looked at how successful they’ve been. We want the simplest, most uncomplicated system that unclutters messaging and mapping”.

“We’re trying to get one comprehensive system that works across the city and it really is quite an art. It’s not just signage design it’s environmental design. We don’t want to reinvent the wheel but to learn from our city colleagues all over the world.”